A downloadable game for Windows, macOS, and Linux

GET THE GAME HERE

This is a demo for Glass Hearts, an upcoming choice-driven Boys Love / Yaoi visual novel game that takes place in a psychiatric hospital. In the game you will play as Kai, a young man who has been admitted to The Long River Psychiatric Hospital. Make difficult choices that will affect everyone around you - for better or for worse.

Remember that what you do and say matters, and sometimes helping one person means harming another. 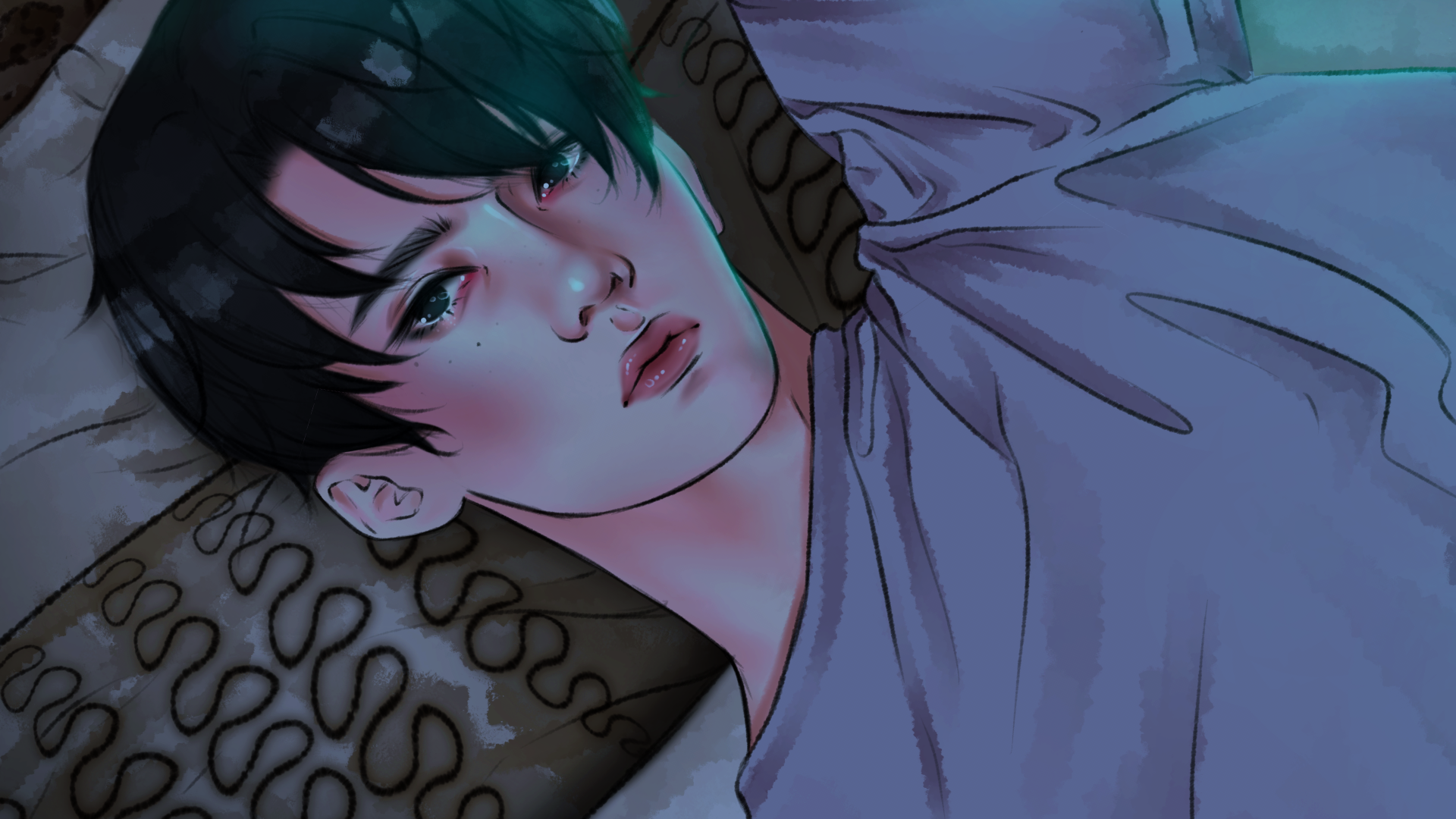 A severed body found with clear signs of struggle. Police sirens, blood, an ambulance that came too late. No witnesses. No murder weapon on the site.

When the police drag you in for questioning and detective Peng throws a pile of folders on the desk in front of you irritably, spilling some of his morning coffee with the abrupt motion, you already knew that they’ve already found what they were looking for - a person to convict. Whatever you say won’t make a difference - but your history of psychiatric treatment does.

The court deems you mentally unfit to stand trial, and it’s not long before you find yourself in The Long River Psychiatric Center, a place people like you are sent to when they can’t go anywhere else.

To get help...or to be forgotten? 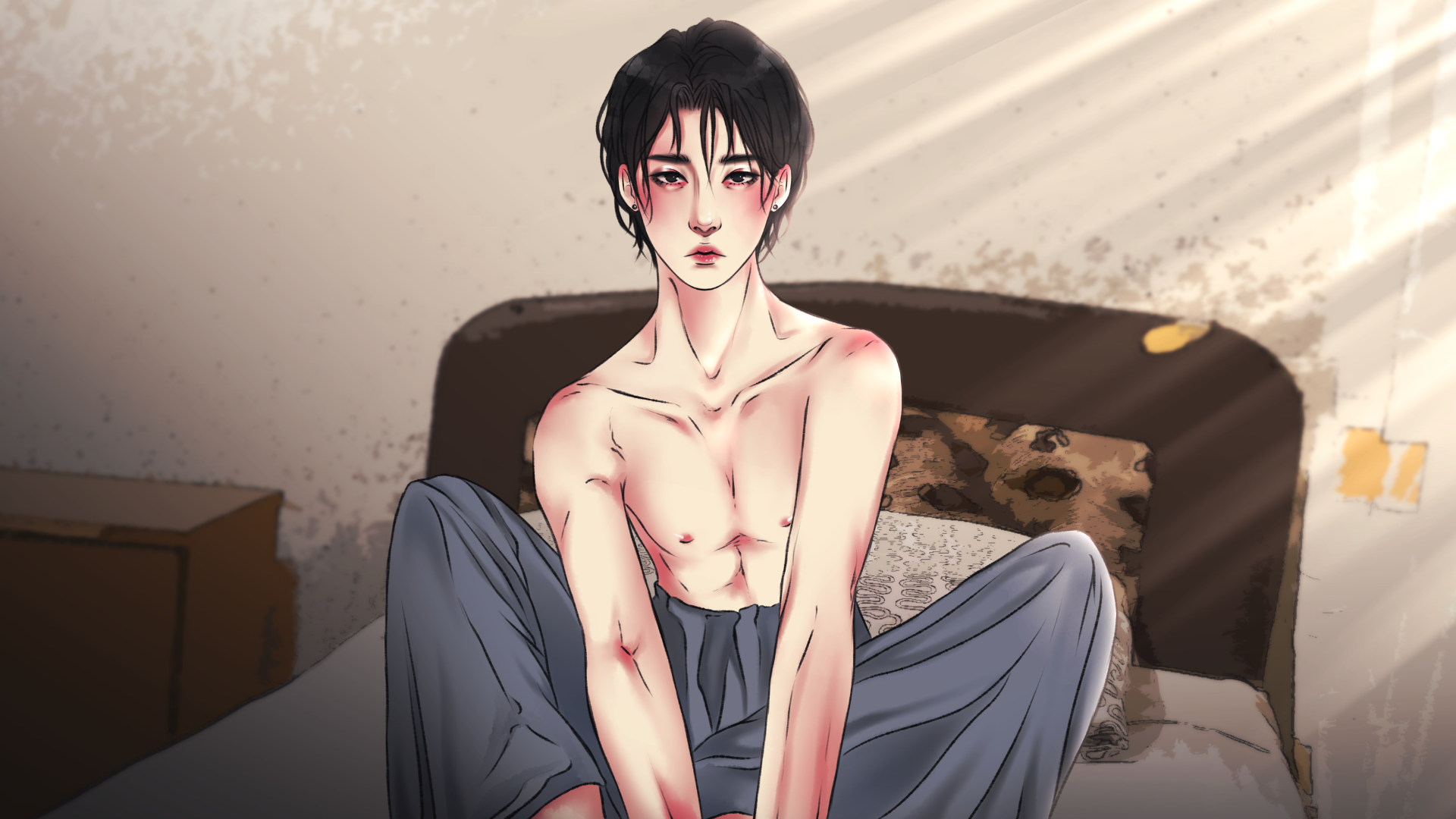 Strangely enough, you get a roommate. It’s almost like a dorm, you think to yourself before your gaze drifts towards the end of the corridor where an aggressive patient lands a punch on one of the nurses and gets restrained by two stalwart guards a second later. Almost.

Your roommate - Moyu was his name, wasn’t it? - is a very quiet man. Very, very quiet, unnaturally so. He doesn’t speak or look at you much, but apparently, this is to be expected. Everyone around says that his understanding is limited, that he is like a child on the inside.

It shouldn’t really surprise you all that much, people are here because they are not okay, but there’s this unnerving spark in his eyes and that quiver to his lips that make you uneasy. 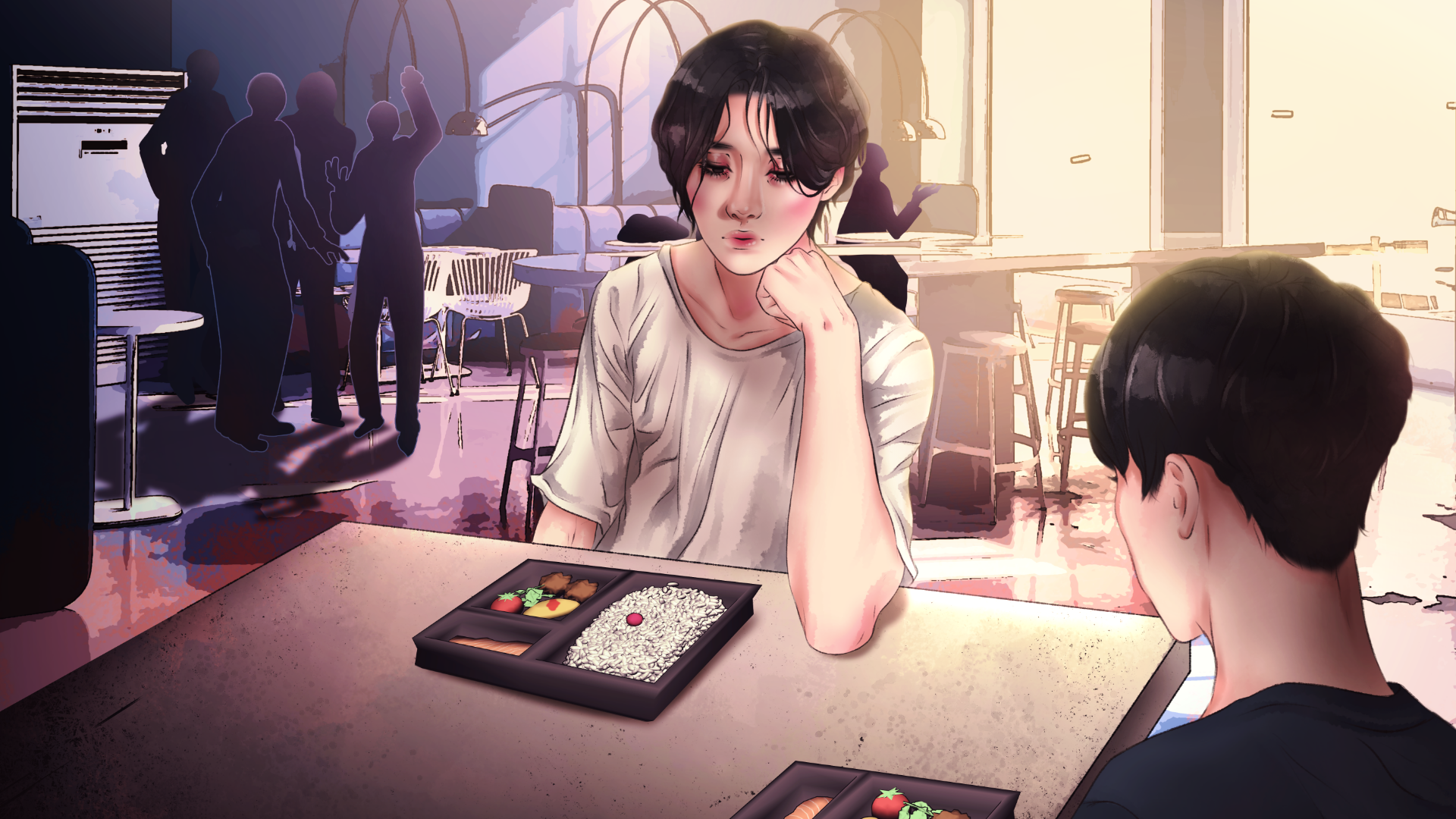 I wasn't too sure about the art style, but gave it a chance and it's honestly pretty damn good.
Well written, realistic and well structured so far, gonna be on lookout when it comes out.
The art grew on me after a while too, it's got an interesting melancholic charm.(edit = typos)

Hi! Thank you for the comment and for playing the demo :) Great that you enjoyed it so far!

I experiment with the art style for our games a lot, so it's changing in every project depending on what I want (and can - I've been drawing for around 3 years only, so there're lots of obstacles) to do at the moment ;)

I usually don't download demos or paid games but the artstyle and thematics really appealed me so I gave it a try. I found the demo very short if I'm being honest but it really made me want to read more of this story. I loved the overall atmosphere, artstyle is just amazing and the characters are intriguing (especially Moyu!) I tried dozens of different visual novels and I enjoyed most of them but it's very difficult to impress me and to make me actually love something. While playing the demo I saw great potential in this game. A game that you would recommand to all visual novels, romance and maybe psychological horror amateurs. I have really high expectations for the full game but I also have a feeling that it's going to be great. It's just a short demo so I can only assume, but I'm counting on it.

I'm really broke so 20$ is a bit much for me right now, but I'll be sure to check often if there is any discount so I can get early access as soon as possible. Also, I have a question. When the game is fully released, will people who purchased early access have to pay for the full game? I'm assuming that they won't and that my question might be dumb but I'm not sure, so I'd rather ask.

I apologize for possible mistakes, English isn't my first language and I'm not very confident with it.

Everyone who buys the early access version will also have the full version of the game when it's released. We hope that the game meets your expectations :)

i used google translate cuz i'm french, i hope it made sense lol

This is one of the sweetest comments we've received, thank you so so much! It means a lot to us <3 Happy New Year!

I can’t wait for the full release <3 it’s so good and beautifully drawn!

Thank you sooo much! We're going to release the first playable version soon <3

This is an amazing piece of art!Im sure it has a great potential.Icant wait for the continuation of the story!Good work!

Hi Catalina! Thank you sooo, so much for your feedback! We're working super hard on the full version!:)

I just downloaded and played the demo and I am in love! I'ma very impatient person and normally end up skipping to the choices (Stupid right? the story is the whole point of these games) BUT I read every word of this one and I am so excited for the full release!

do youse have a patreon? i can't find it but if you do I'd LOVE to support :)

Hi dear! Thank you so, so much for your sweet words ;-; It really made our day! <33 We're so flattered that you actually read the whole thing until now!!

We do have a Patreon, but it's not very active at the moment in terms of content because we pour our entire time into the game development itself and struggle with updating social media T-T Things get tough when it's just two people working on the entire game, especially since we want to make as much content as possible.

That being said, you can find our Patreon page here:  https://www.patreon.com/m/aedianglair . Thank you for wanting to support us, means so much! <3

ahah thank you so much! You are doing AMAZING! And I can’t wait to see where you take thing! Again the story is freaking amazing! And I adore your art style so much!

You are the kindest:) I will try even harder on the story and art ^-^!

hello! do you know when the full game is going to be released??

Hi Salmon. We are currently  still writing  the story and drawing art for Glass Hearts so it's difficult to say exactly, but we're hoping this year! :)

I love this so far and I can't wait until the official release! Can I ask if you're going to release the score/soundtrack? It's beautiful - just like the game!

Hi! Thanks a lot, we're super happy that you enjoyed the demo <3

Sadly, our license doesn't allow us to release the soundtrack T.T But we're glad that you enjoyed it!!

The story itself really brings you in wanting to know more. The characters so far have all seemed interesting. The backgrounds and character designs are very appealing to the eye and are drawn beautifully. All and all, I am very interested on how things will go and the things you plan for the future. I wish you the best of luck!

We are sooo happy that the game demo managed to  pull you in. The characters and their stories  are very dear to us  - we are working hard on writing them the right way and do justice to what each of them stands for.

Hopefully you'll decide to give the full version a go once it's released :) Thank you for the comment!

This game is really cool so far. It's put together like an actual movie. Great work.

Thank you so much, Blanco! We really appreciate your kind feedback :) 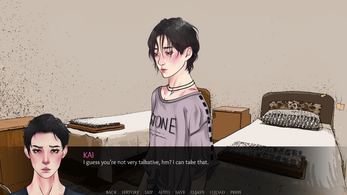 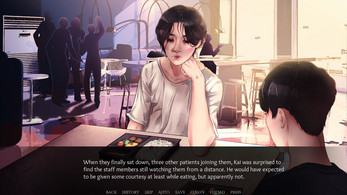 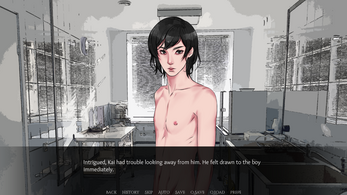 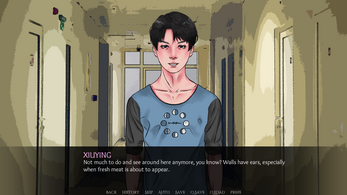 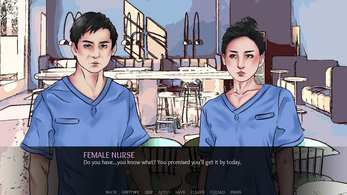 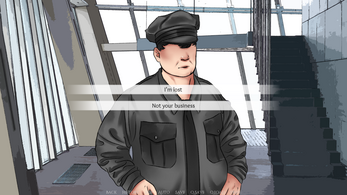