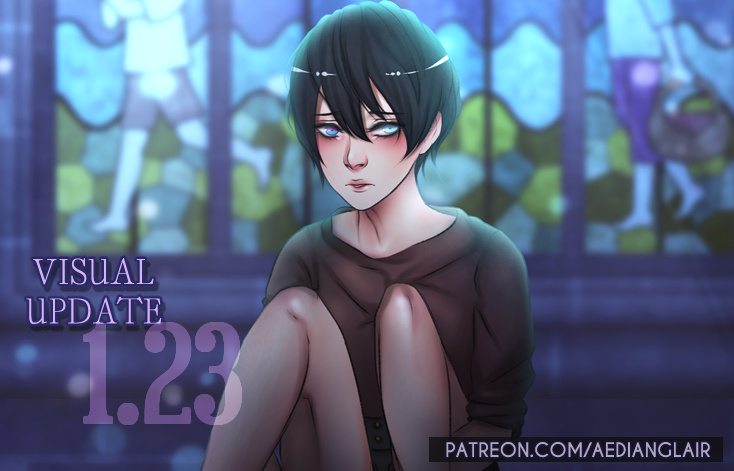 Hey hey! This time we’re back with a visual update.

From now on, you can use the gallery and everything should work just fine. Hooray!

Also, as some of you may know, I’m redrawing a lot of stuff in Mannequin Academy, both sprites and CGs. In this update, two new CGs were added - little Aura in the orphanage and Aura in the job centre. A few old and outdated CGs were removed from the game, probably to be replaced later.

Hope you enjoy the little changes! <3